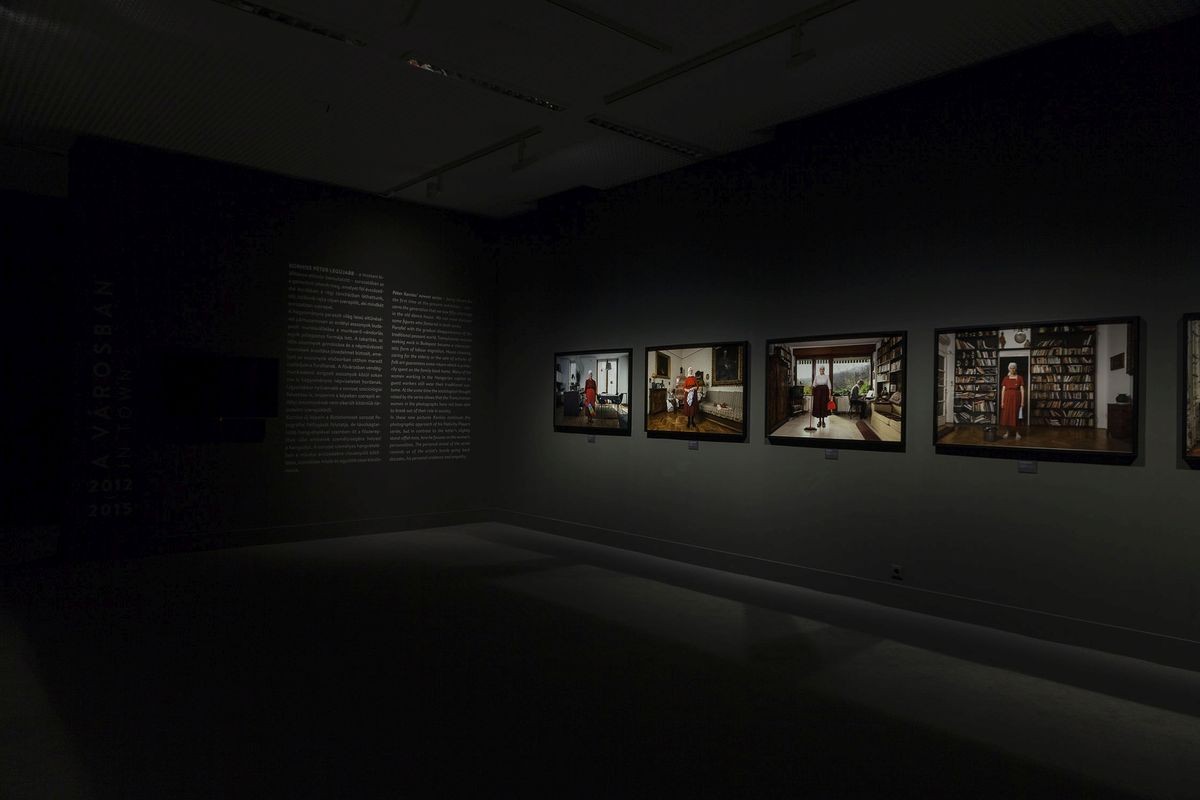 Péter Korniss newest series - being shown for the first time at the present exhibition - concerns the generation that we saw fifty years ago in the old dance house. We can even discover some figures who features in both series.

Parallel with the gradual disappearance of the traditional peasant world, Transylvanian women seeking work in Budapest became a characteristic form of labour migration. House cleaning, caring for the elderly or the sale of articles of folk art guarantees some return which is primarily spent on the family back home. Many of the women working in the Hungarian capital as guest workers still wear their traditional costume. At the same time the sociological thought raised by the series shows that the Transylvanian women in the photographs have not been able to break out of their role in society.
In these new pictures Korniss continues the photographic approach of his Nativity Players series, but in contrast to the latter’s slightly stand-offish tone, here he focuses on the women’s personalities. The personal mood of the series reminds us of the artist’s bonds going back decades, his personal credence and empathy. 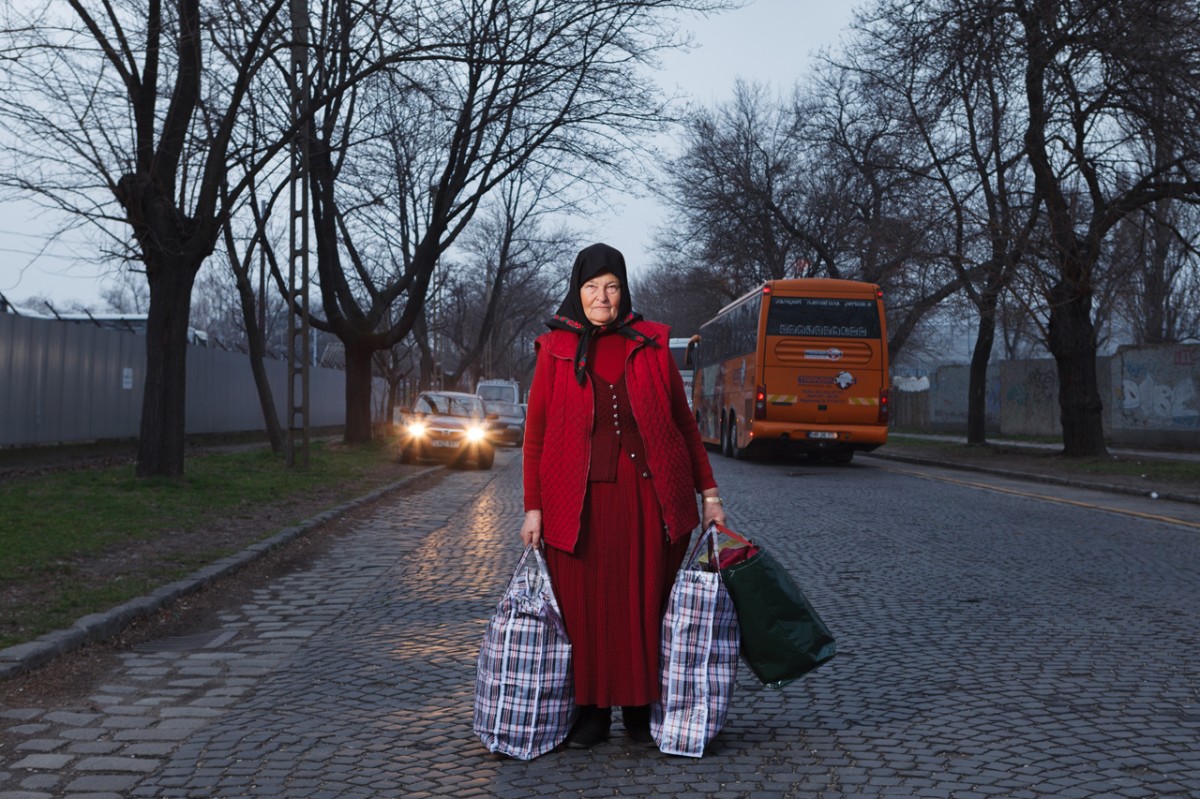 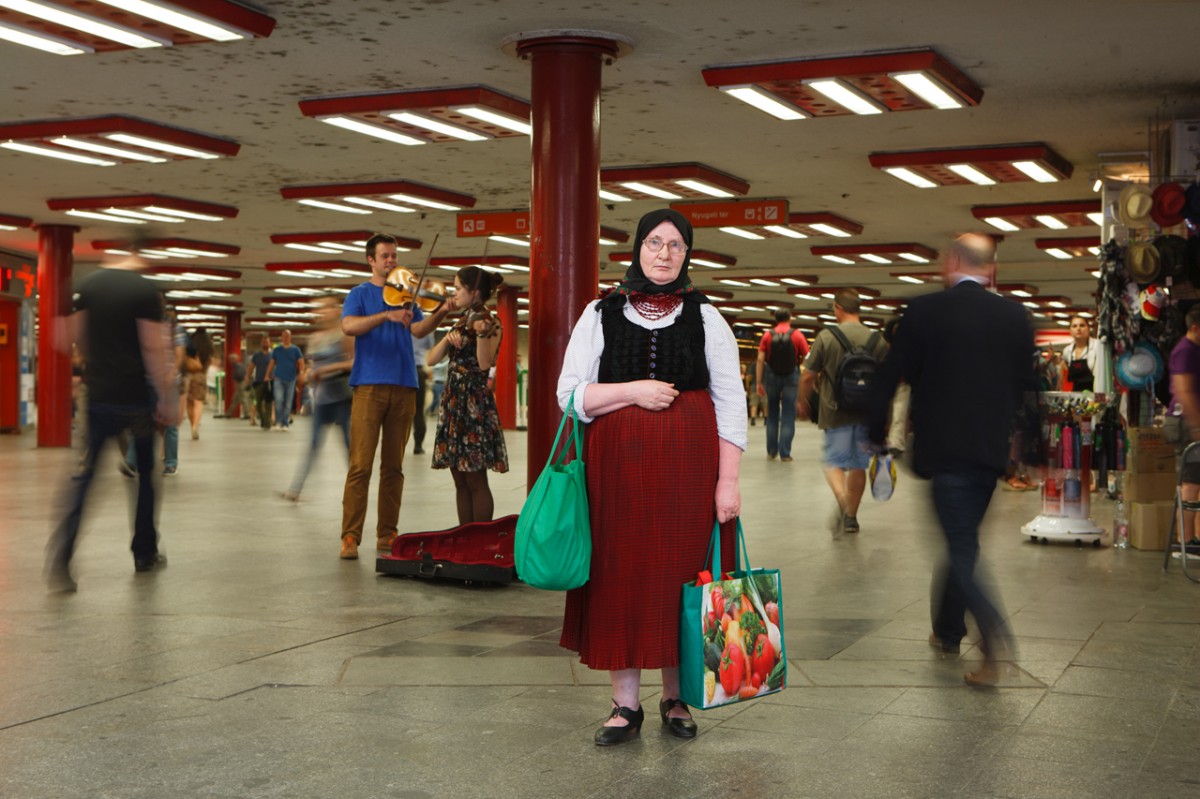 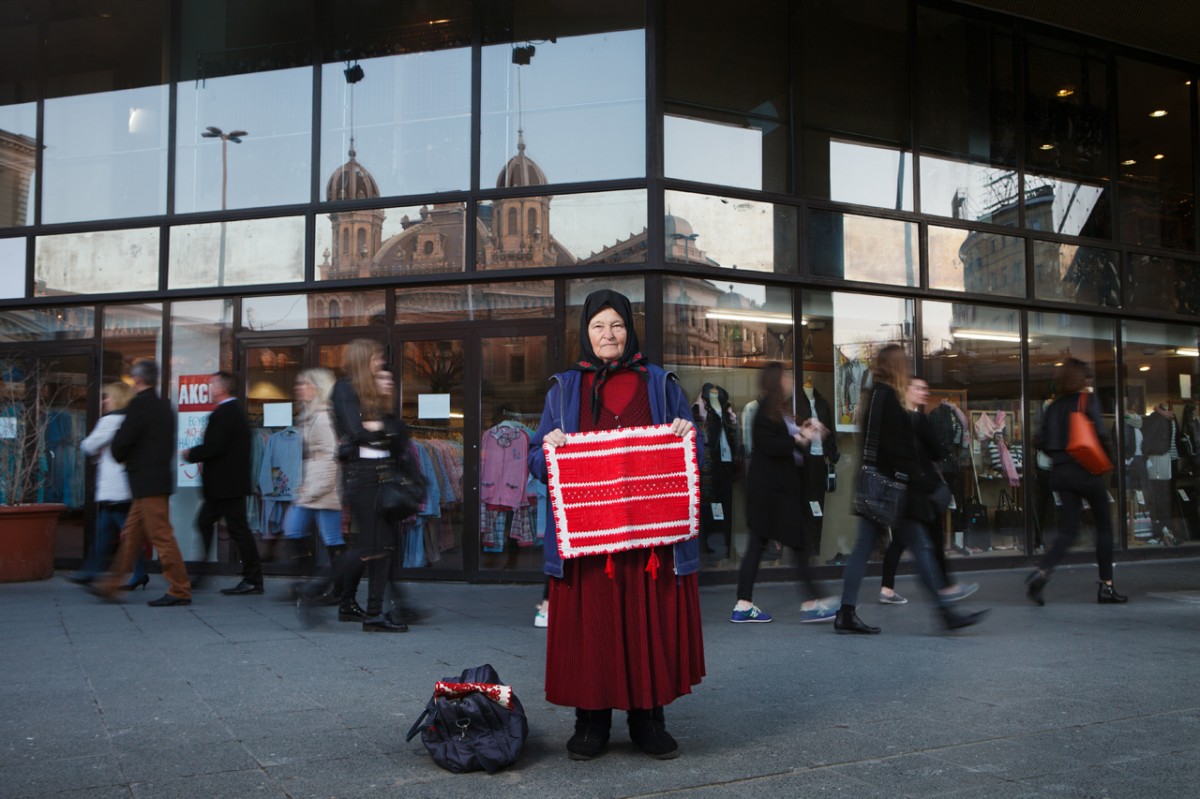 At the Western Railway Station, 2015 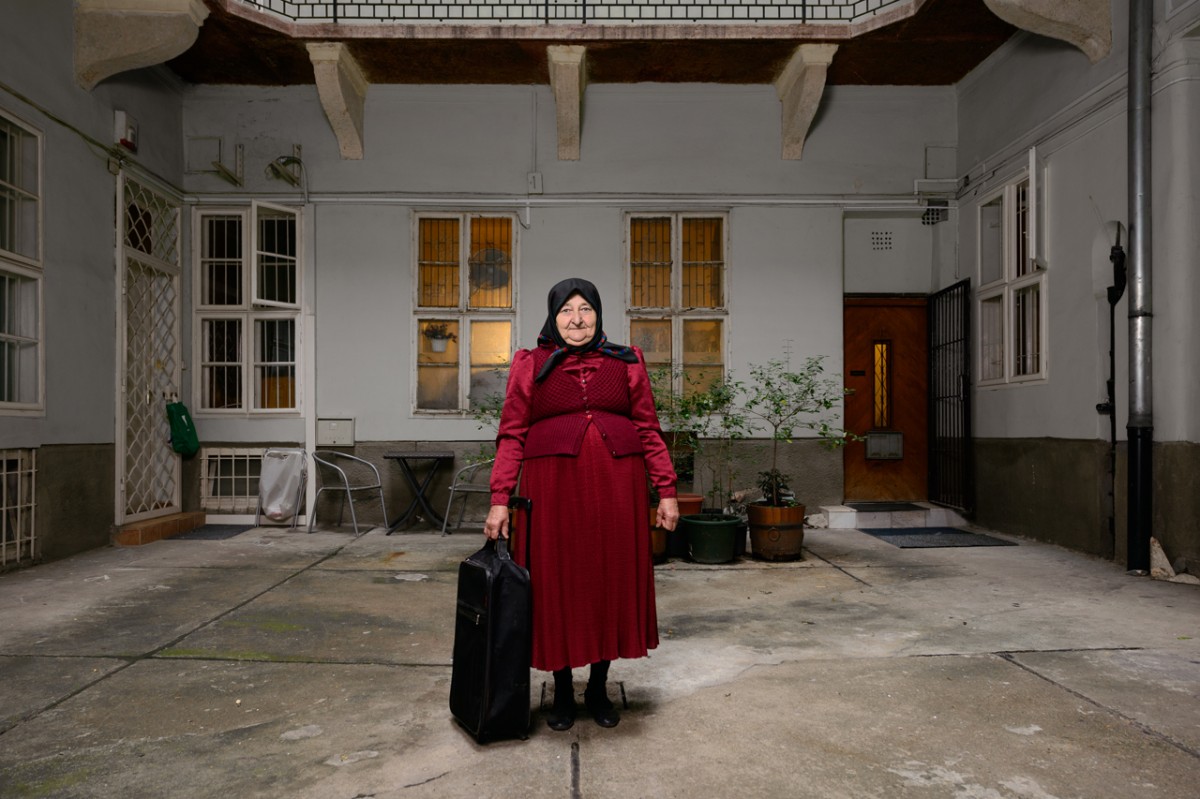 In the Courtyard of an Apartment Building, 2014 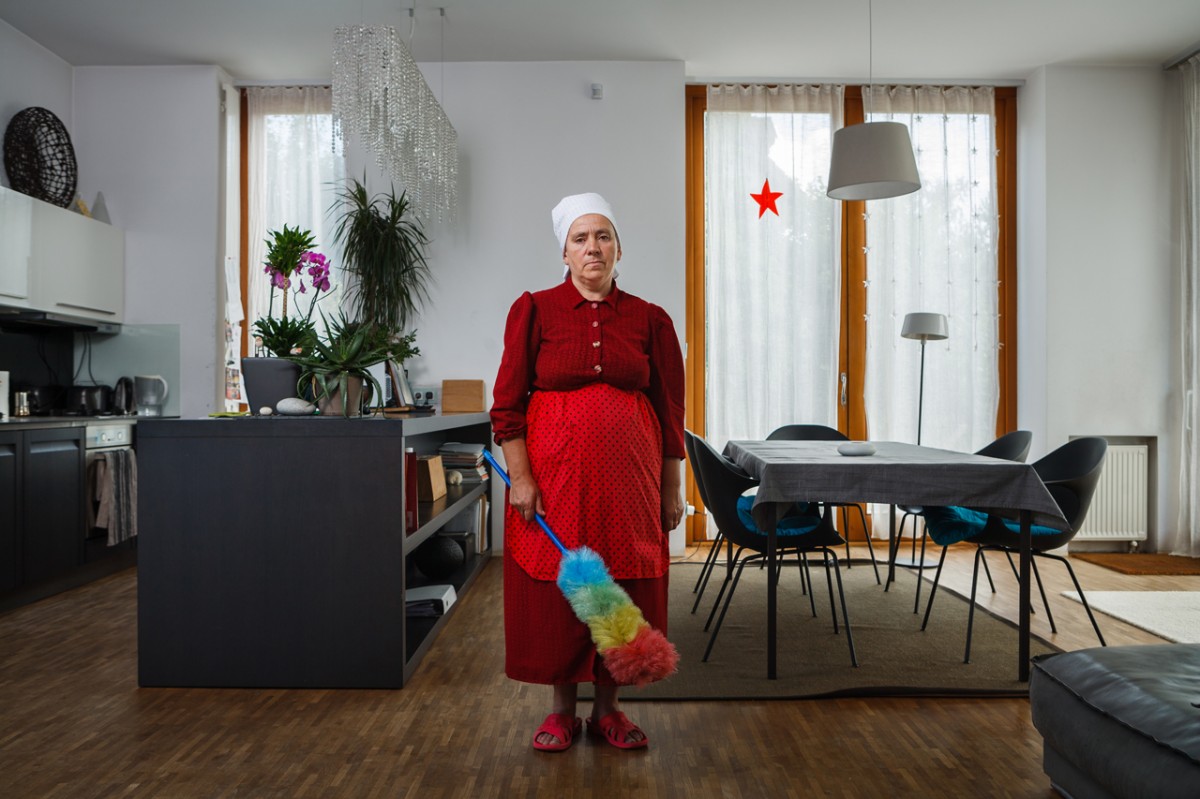 With a Colourful Feather Duster, 2014 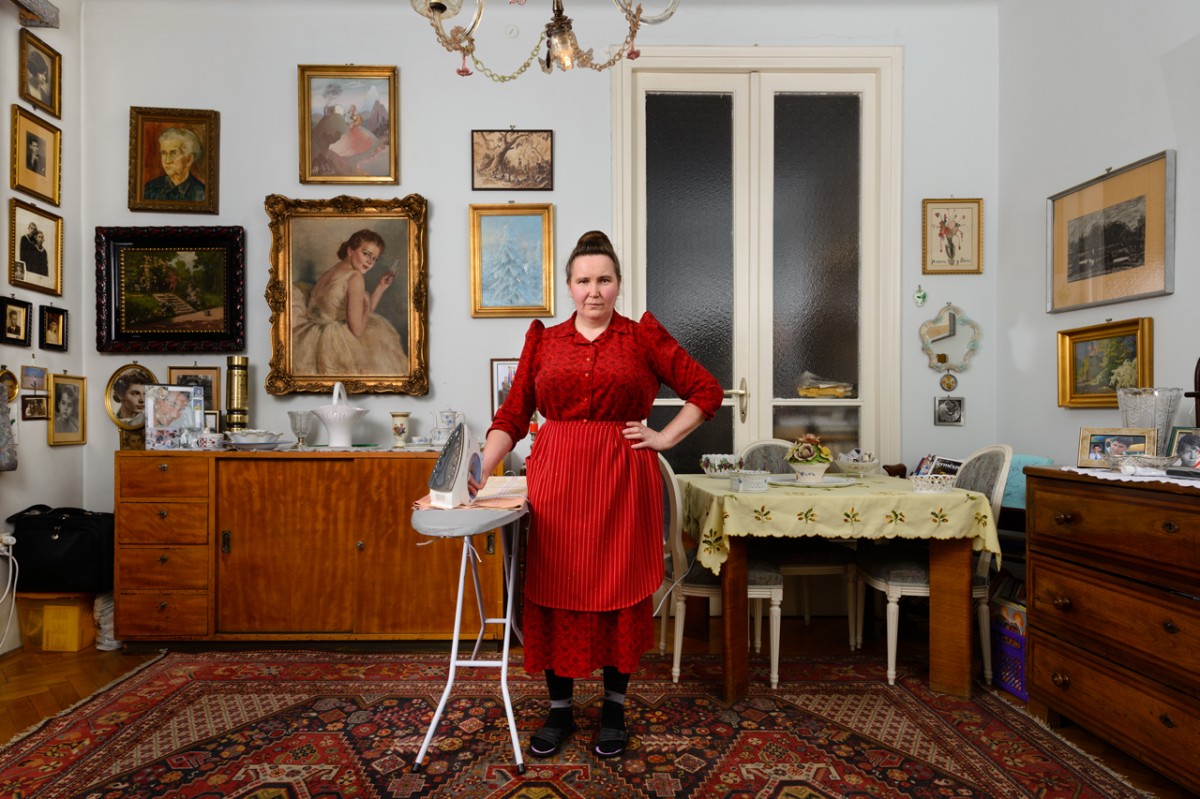 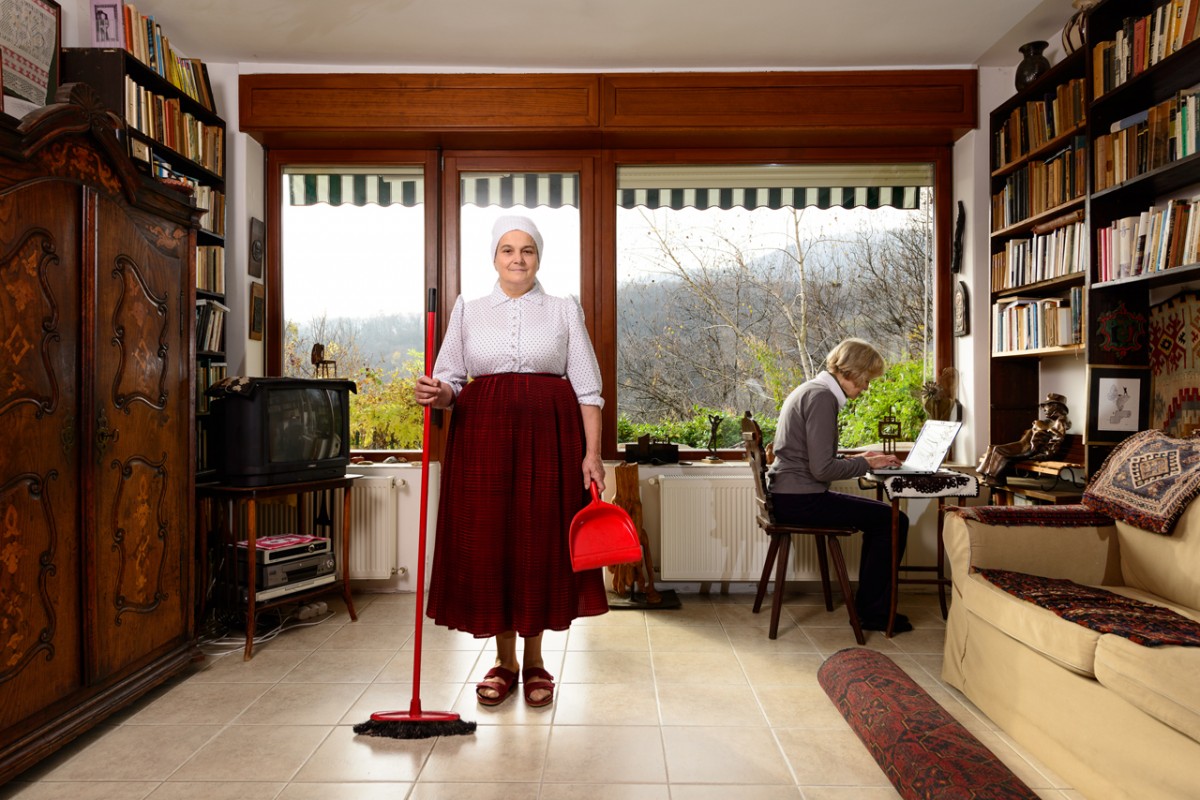 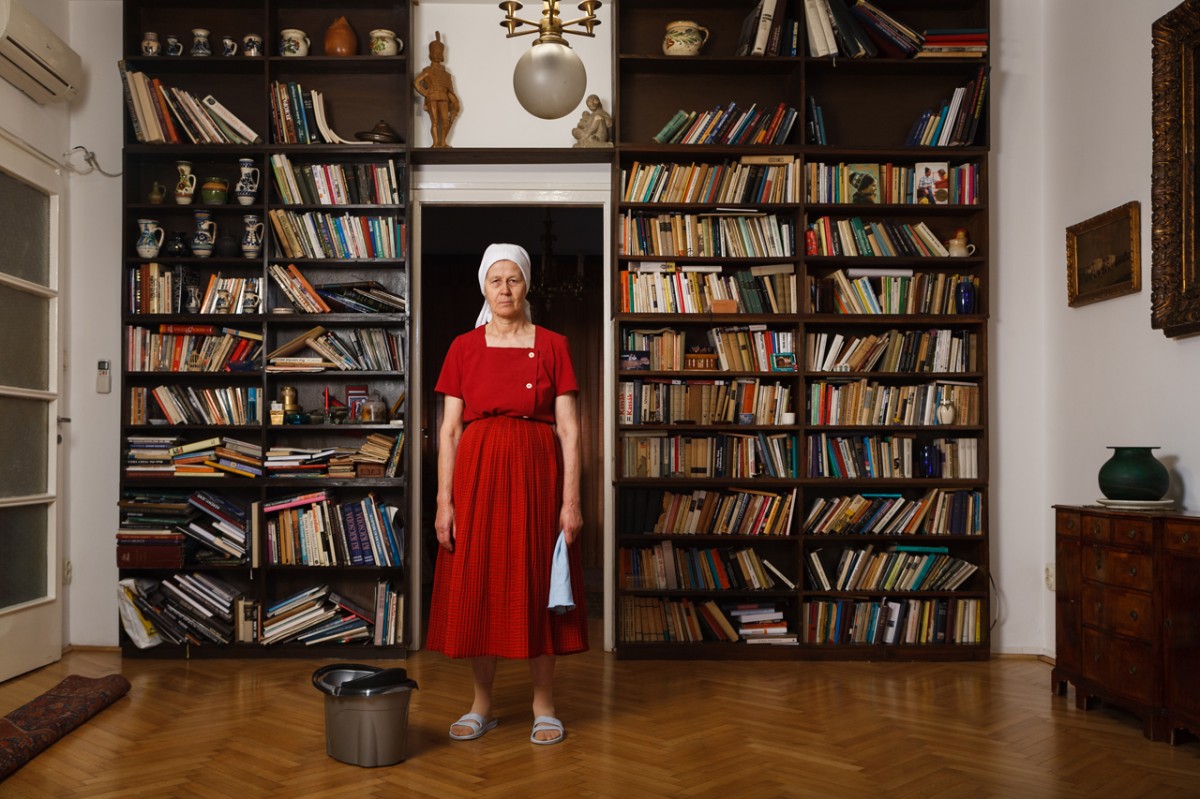 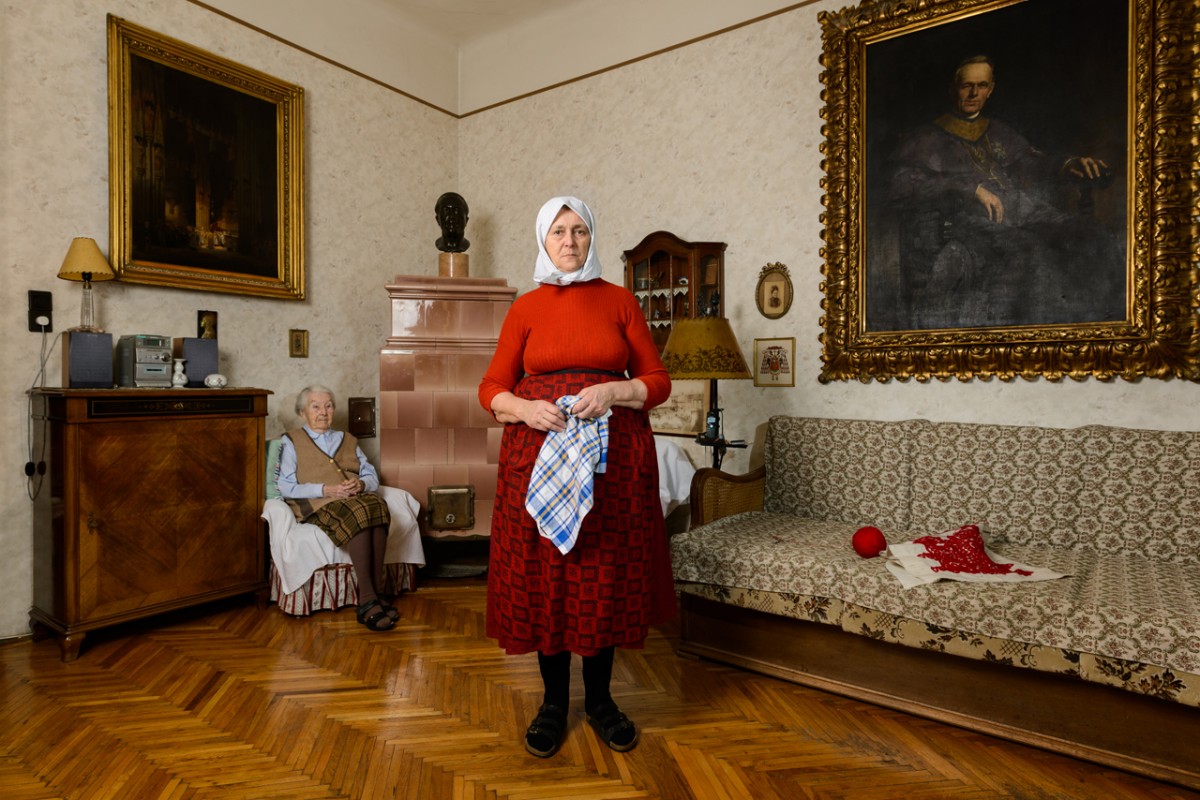 With a Checked Kitchen Cloth, 2014 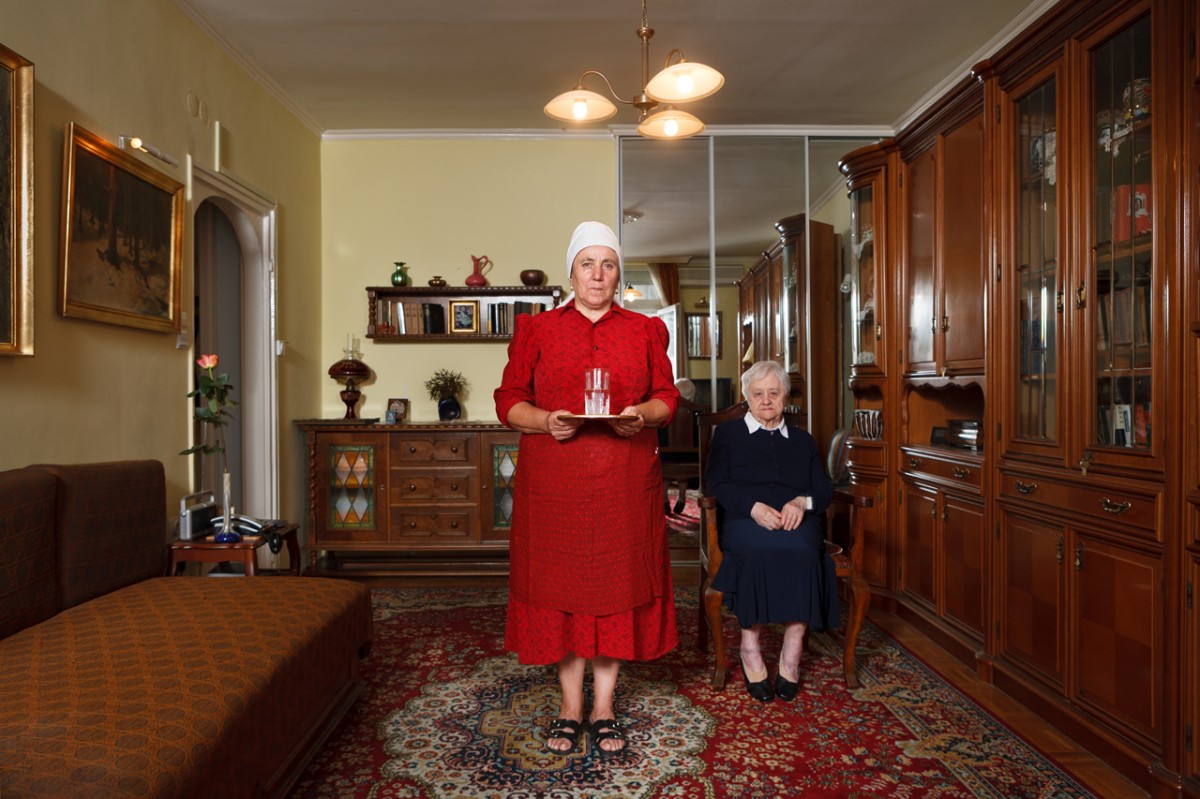 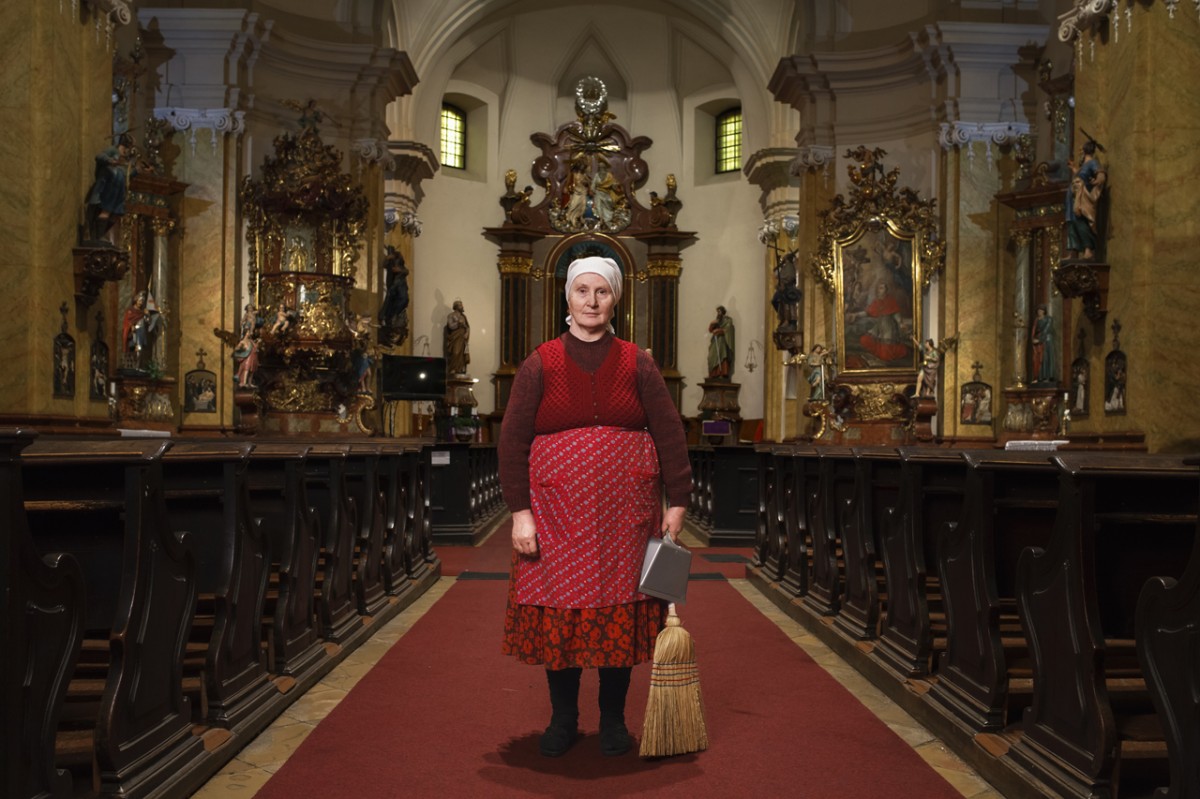 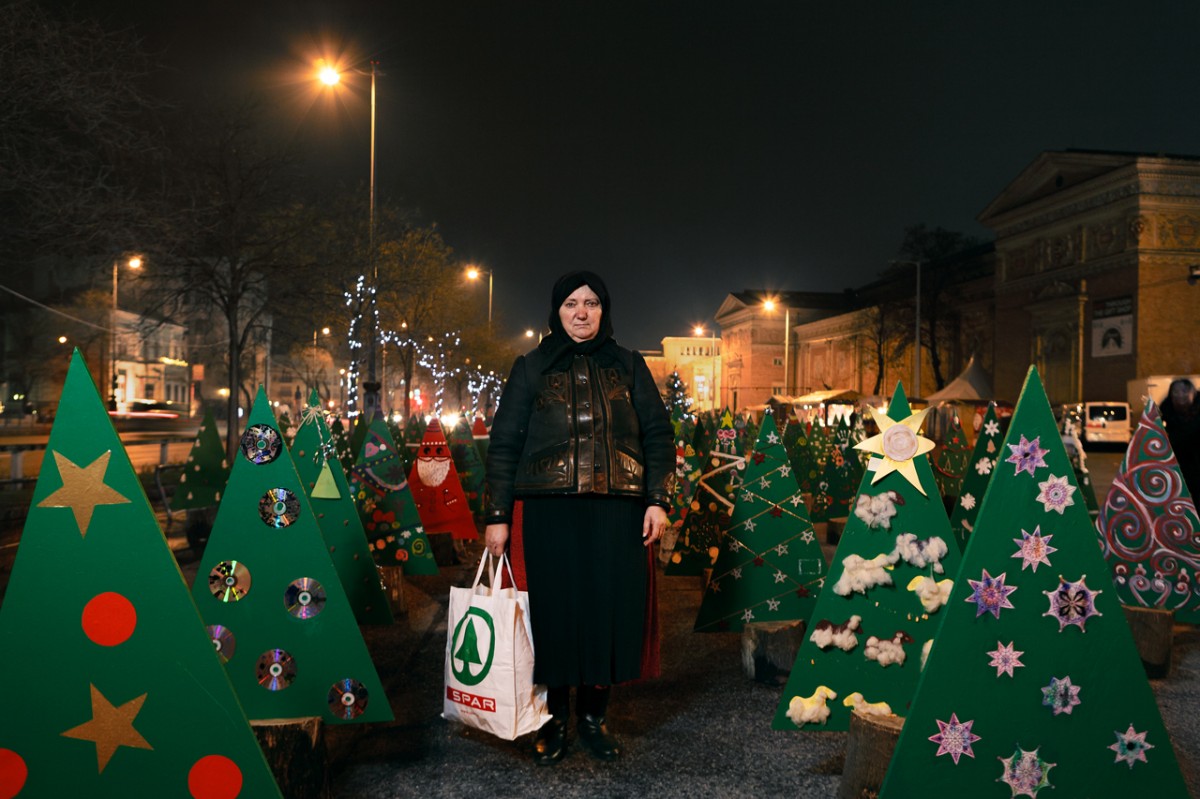 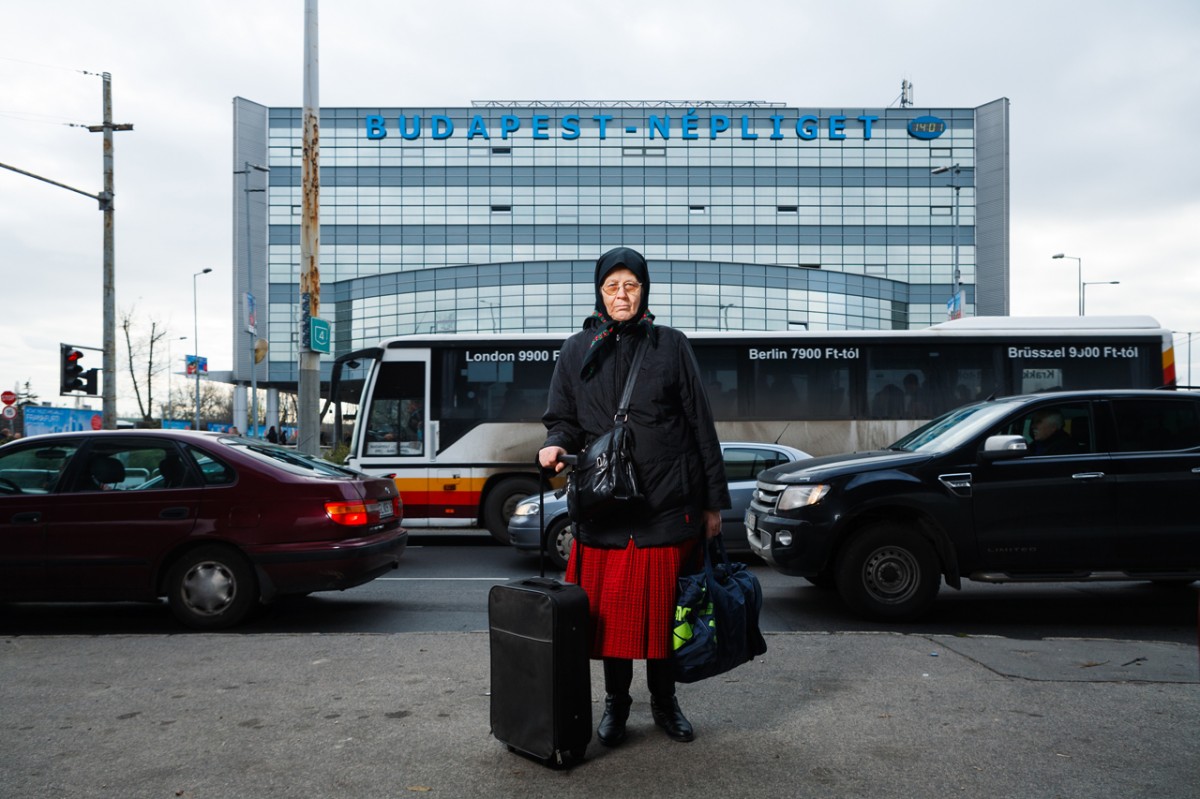