A great part of Miklós Müller’s collection consist of works of graphic art, numbering more than five hundred pieces. It contains works from almost all important eras and art groups of Hungarian graphic art of the 20th and 21st century, as well as from artists working in the genre of graphic art. The works of both Hungarian artists working in Hungary and Hungarian artists who emigrated to United America can be found, and Miklós can be considered the meeting point of artists from the two continents. A very important feature of the collection is that most of the works were acquired through personal connections and friendships with the artists. Indeed, many pieces are dedicated to the collector personally, as gifts. In Miklós's apartment he keeps most of the drawings in a large flat file cabinet. According to him, a personal, tactile connection with the works is important, and so he mats and frames them himself, and rearranges them in his private exhibition from time to time. While doing so, he considers the personal relationships with the artists and artworks: it is not their material value that is important to him, but rather than he lives with and is surrounded by these works of personal significance to him. 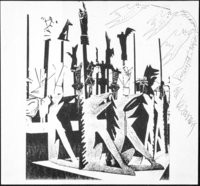 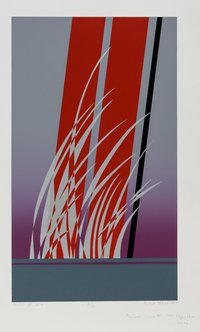 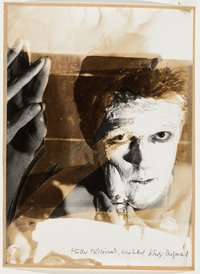